NATIONWIDE—This year’s National Drive Electric Week (NDEW), a coast-to-coast celebration of electric vehicles (EVs), hosted 324 events in all 50 U.S. states and eight countries, at the same time as states announced major progress on electrifying transportation. According to estimates from our local event organizers, there were upwards of 170,000 people who attended the 2019 NDEW events.

In its ninth annual year, NDEW brought local communities together to participate in an astounding 10,000 test drives, along with parades, family-friendly activities, and the announcements of proclamations and new programs to raise consumer awareness of EVs and their benefits – from the fun experience of driving an EV to how a shift to EVs reduces greenhouse gases, produces domestic jobs, and saves consumers fueling and maintenance costs compared to conventional vehicles. 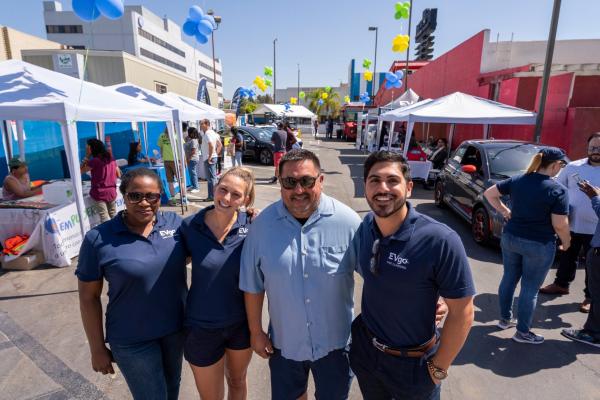 Since its beginning in 2011, NDEW has been organized by Plug In America, the Sierra Club, and the Electric Auto Association. This year, Nissan LEAF was the exclusive automotive sponsor; ClipperCreek, the Clean Vehicle Rebate Project, and Edison Electric Institute were silver level sponsors; Enel X was a silver level California regional sponsor; and DTE Energy was a bronze level Michigan regional sponsor.

“More Americans are realizing that EVs aren’t just the future of transportation; they are available now and becoming more widespread than ever,” said Joel Levin, executive director of Plug In America. “We are excited that National Drive Electric Week had another record-breaking year, giving visitors the opportunity to experience clean plug-in vehicles and learn from some of the more than one million Americans who have already switched.”

“Now more than ever, there’s a lot at stake to curb transportation emissions, fight climate change, and improve the air in communities burdened by transportation pollution. As the federal administration attempts to pump the brakes on progress, local and state leaders are charging forward,” said Hieu Le, a campaign representative with Sierra Club’s Clean Transportation for All campaign. “Time and time again, National Drive Electric Week shows there’s nothing more powerful than people gathering together and learning from one another to power the clean transportation revolution that our communities desperately need and deserve.”

“National Drive Electric Week creates magic moments of learning how to create a better future together,” said Raejean Fellows, President of the Electric Auto Association. “NBA Basketball Hall of Famer, Bill Walton, while attending the NDEW event in San Diego, said it best in a video interview: ‘I want to learn about all things electric, because we have to decarbonize, it’s a matter of survival. Renewables and EVs–it’s the biggest no-brainer in the history of the world. Let’s go’!”

About Plug In America: Plug In America is the nation’s leading independent consumer voice for accelerating the use of plug-in electric vehicles in the United States. Formed as a non-profit in 2008, Plug In America provides practical, objective information collected from our coalition of plug-in vehicle drivers, through public outreach and education, policy work and a range of technical advisory services. Our expertise represents the world’s deepest pool of experience of driving and living with plug-in vehicles. We drive electric. You can too. PlugInAmerica.org

About the Sierra Club: The Sierra Club is America’s largest and most influential grassroots environmental organization, with more than 3.5 million members and supporters. In addition to protecting every person’s right to get outdoors and access the healing power of nature, the Sierra Club works to promote clean energy, safeguard the health of our communities, protect wildlife, and preserve our remaining wild places through grassroots activism, public education, lobbying, and legal action. For more information, visit www.sierraclub.org.

About the Electric Auto Association: The Electric Auto Association (EAA) is the oldest and largest, volunteer-driven nonprofit association that promotes electric vehicle adoption across the country and the globe. Its thousands of EV owners educate and advocate for electric vehicles with public outreach throughout the year at farmer’s markets, malls, schools, libraries, businesses, and civic groups. Members in more than 80 chapters meet regularly to share the latest global and local news in the EV community. EAA provides information for local governments to increase EV adoption as well as infrastructure. www.electricauto.org